Healthy Eating for Life: Over 100 Simple and Tasty Recipes 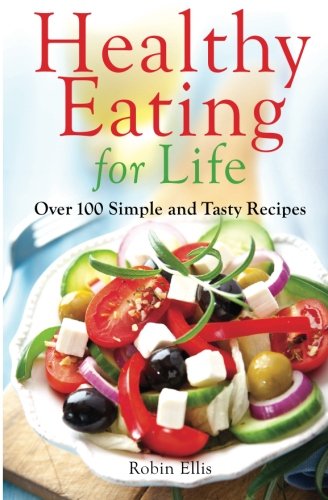 British actor Robin Ellis, best known as the dashing Captain Poldark in the Masterpiece Theater/BBC mini-series has written his second cookbook based on Mediterranean cuisine The book is Healthy Eating for Life. Robin has lived in southwestern France with his American wife for 25 years, near the beautiful hilltop village of Lautrec, famous for its pink garlic festival. He is known in local open-air food markets as the Anglais who cooks. Fans come from around the world, including the USA, to attend his bi-annual cooking workshops. His accent is on food that is healthy, while also delicious and uncomplicated. Recipes are easy to follow and suitable for everyone seeking optimal health. Robin’s goal is to inspire people to cook. Diagnosed with Type 2 diabetes in his late-fifties, Robin began researching how to alter his lifestyle to keep his condition under control without medication. His mother suffered from Type 1 diabetes, so he took his own diagnosis seriously. By adjusting recipe ingredients and cooking methods, plus adding exercise to his day, he avoided medication for six years without sacrificing a foodie’s enjoyment of delicious meals– with a regular glass of red wine!

Be the first to review “Healthy Eating for Life: Over 100 Simple and Tasty Recipes” Cancel reply